The Board of Directors of Okanagan Boys and Girls Clubs would like to announce that after 31 years, Diane Entwistle is retiring at the beginning of October as CEO. 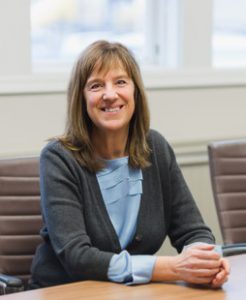 Diane has dedicated her entire career to the Social Services Sector. As a young person, she spent her   teen years at her local Ontario YMCA as a lifeguard and developed her lifelong passion for leadership as a Summer Camp Staff. After graduation from Lakehead University, she relocated to B.C., and worked as a Youth Employment Counsellor. She joined the Kelowna and District Boys and Girls Club in 1989, as a Co-ordinator of Programs for Children with Special Needs and held a variety of progressive management positions over the years. When the agency merged with 10 other societies across the valley in 2002, she was promoted to the Director of Quality Assurance. In 2004, Diane became the Director of Operations where she provided leadership, direction and inspiration to many staff and colleagues in both a supervisory and mentoring role. Since 2014, she has been the CEO, and led the organization with passion and integrity. She has been very involved in local communities, and across the province and country, with a focus on prevention, and the development of new and emerging leaders.

“I feel so grateful to have had a career in an organization that I believe so deeply in, and where the vision, mission and values mean so much to me. I have grown with the organization, culminating in holding the role of CEO for the past six years. I have been passionate about developing leaders, the business of running a non-profit, creating a healthy workplace culture, and working with the communities we serve. We have a staff team who are exceptional, and will continue to grow and thrive in the coming years. We have a board of directors who cares deeply, whose commitment and dedication is second to none. We have a brilliant future ahead of us. “Diane Entwistle 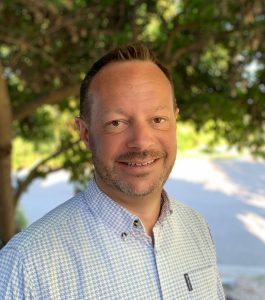 The Board of Directors is pleased to announce the appointment of Jeremy Welder as the new CEO, effective October 5th, 2020. Jeremy has held the position of Director of Operations for the past 6 years, and has held a series of management roles within the organization prior to that. Jeremy holds a Masters in Leadership from Royal Roads University and has a proven track record of collaborative leadership, community development and strategic and business planning. Jeremy has been with Okanagan Boys and Girls Clubs since 2001, and has been directly involved in leading the organization as part of the Senior Leadership Team, which will allow him to have an immediate impact. Jeremy has a strong quality assurance background as a CARF Surveyor, and through a variety of projects through Boys and Girls Clubs of Canada. He is passionate about our vision, mission and values and will lead the organization with our team into the future and build on our success.

“I am excited for the opportunity to lead Boys and Girls Clubs of the Okanagan into the future. As we move through this period of uncertainty, our ability to adapt and innovate will be tested. I believe that through partnership and collaboration, and with a strong commitment to our vision, mission and values, this will be a challenging and rewarding task. We have a strong and dedicated team and our future is bright. “Jeremy Welder